Too much heat – not enough light? – time for Social Media Monitoring Tools 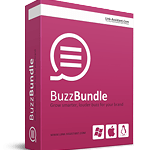 Social Media Management  did not really take off until the likes of FaceBook and Twitter launched around 2007. The launch of these 2 apps plus the fairly recent arrivals of Google + and LinkedIn meant that SMM exploded to the masses. Companies and individuals soon realised that they could connect directly with their target audience through the social media interface. They could engage support (positive or negative) for new products / campaigns. They could also advertise and more specifically they could keep their finger on the pulse of conversations and respond directly to any issues.  One issue that arose was that in the social media monitoring tools arena – there was a lack of application functionality.  Until this issue was addressed then SMM was always some what time consuming and resource hungry.

eBook in particular and to a certain degree Google – businesses could actually target their audience according to a number of very specific demographic characteristics.  Marketing companies soon began to develop departments that were soley dedicated to social media in order to serve this growing demand for a social presence in marketing. As the sector grew, it became important for businesses to be more proactive and dedicate entire teams to social media marketing.

If you take a few minutes to look around, it’s a simple fact of life that today social media is everywhere. It’s in our offices, homes, restaurants, schools, colleges, trains, buses. In fact it is anywhere and everywhere you go. People are using it to find information, they are also talking on it about products, services, experiences. A recently reported statistic was that people who commute will buy online either on the way  to work or on the return home – when they have some dead time.  Negative feedback can spread pretty quick – which in turn can affect your sales or your online reputation. Wouldn’t it be great to be able to act on this as soon as possible and respond not only to the place where someone mentioned your brand / product but also to update all the other social media platforms at the same time.  You could even stay one step ahead of the game and automatically schedule a press release to go out at a specified time

As of today,  Social media and the marketing of it, has become so large that doing it all on your own is not really an option.  Think for a moment – you have to create and look after your FaceBook profile, LinkedIn details,  make sure your Twitter feed is working, we now have Google+ to deal with – which is making massive in roads into social media. Add on top of that all the various blogs, forums, and industry specific website discussion areas.  You could spend every hour of every day just trying to keep up – as well as trying to feed back to any online discussion re your company / brand or product – there still would not be enough hours in a day – or days in a week to keep up.

Because of this rapid development in all things social and mobile there developed a need for Social Media Monitoring Tools.  These are apps that help to give you back control of your online reputation.  BuzzBundle is  a Social Media Management & Monitoring tool – it covers all the major social media platforms – including Facebook, Twitter, Google +, and also automatically and seamlessly connects and manages profiles on blogs, forums and discussion websites.

The best possible way to describe it in full is to try it for yourself for free – and see how you get on.